We come from far away

The history of the Cicotti Consulting Firm began in 1955, when the Head of the Bologna Regional Labor Inspectorate granted  Mrs. Elena Gualdi, married Cicotti, the Atuthorization n.1 for the “keeping and regularization of company documents concerning labor, social security and social assistance“. 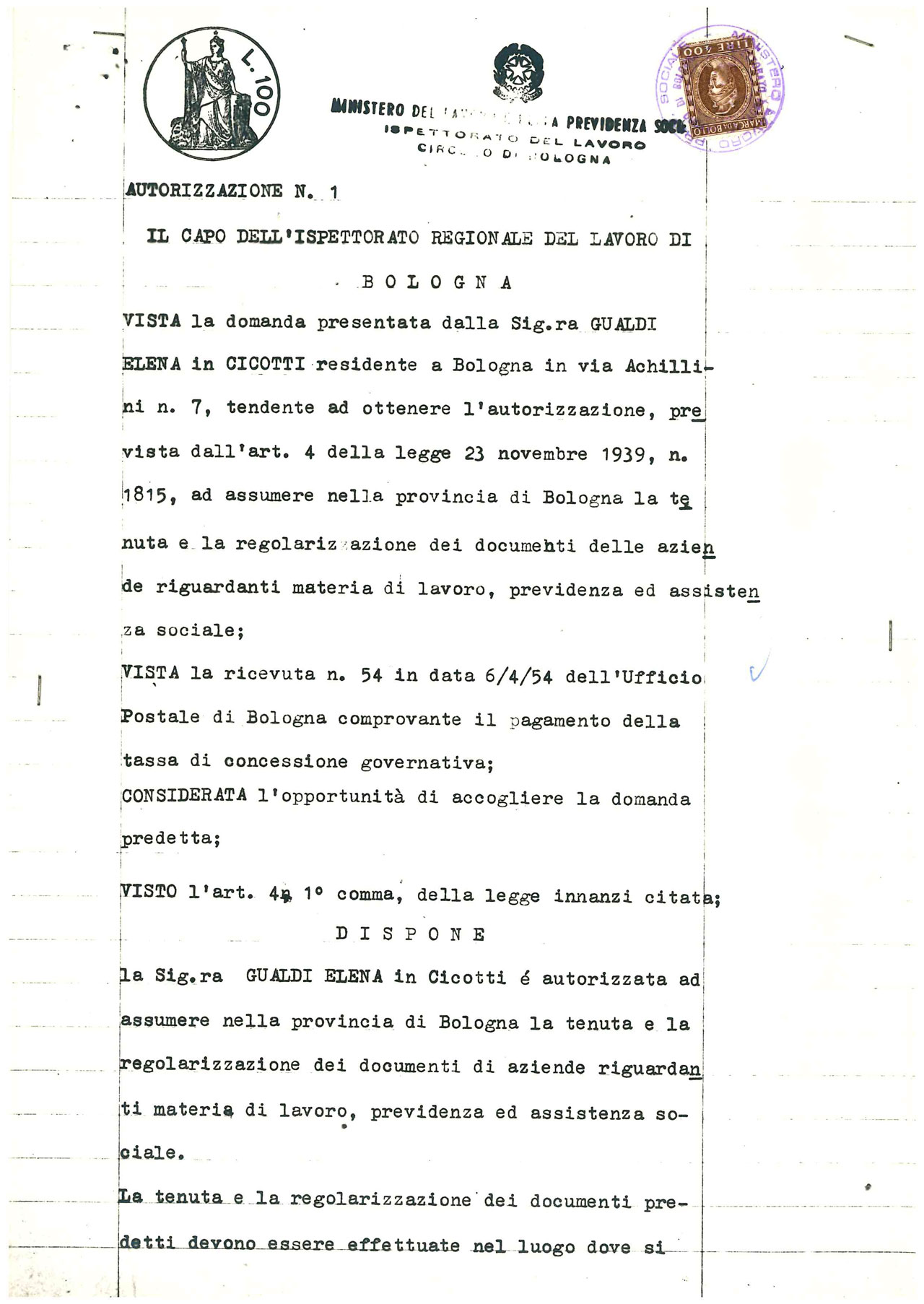 (Bologna, 1955 – Issue by the Head of the Labor Inspectorate of Authorization No. 1 to Gualdi Elena) 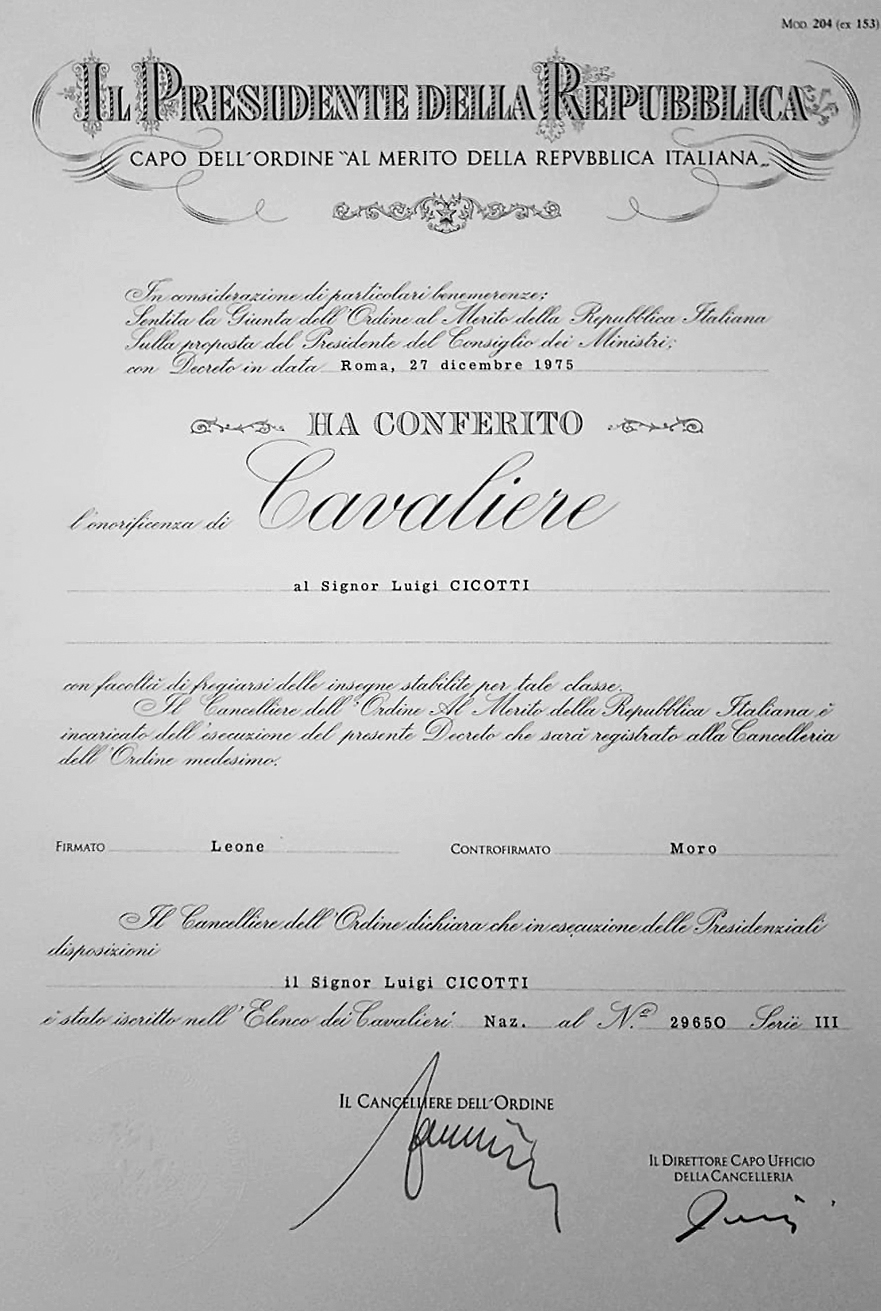 (Rome, 1975 – Honor of Knight conferred by the President of the Republic G. Leone to the husband of the Foundress Gualdi, Mr. Luigi Cicotti) 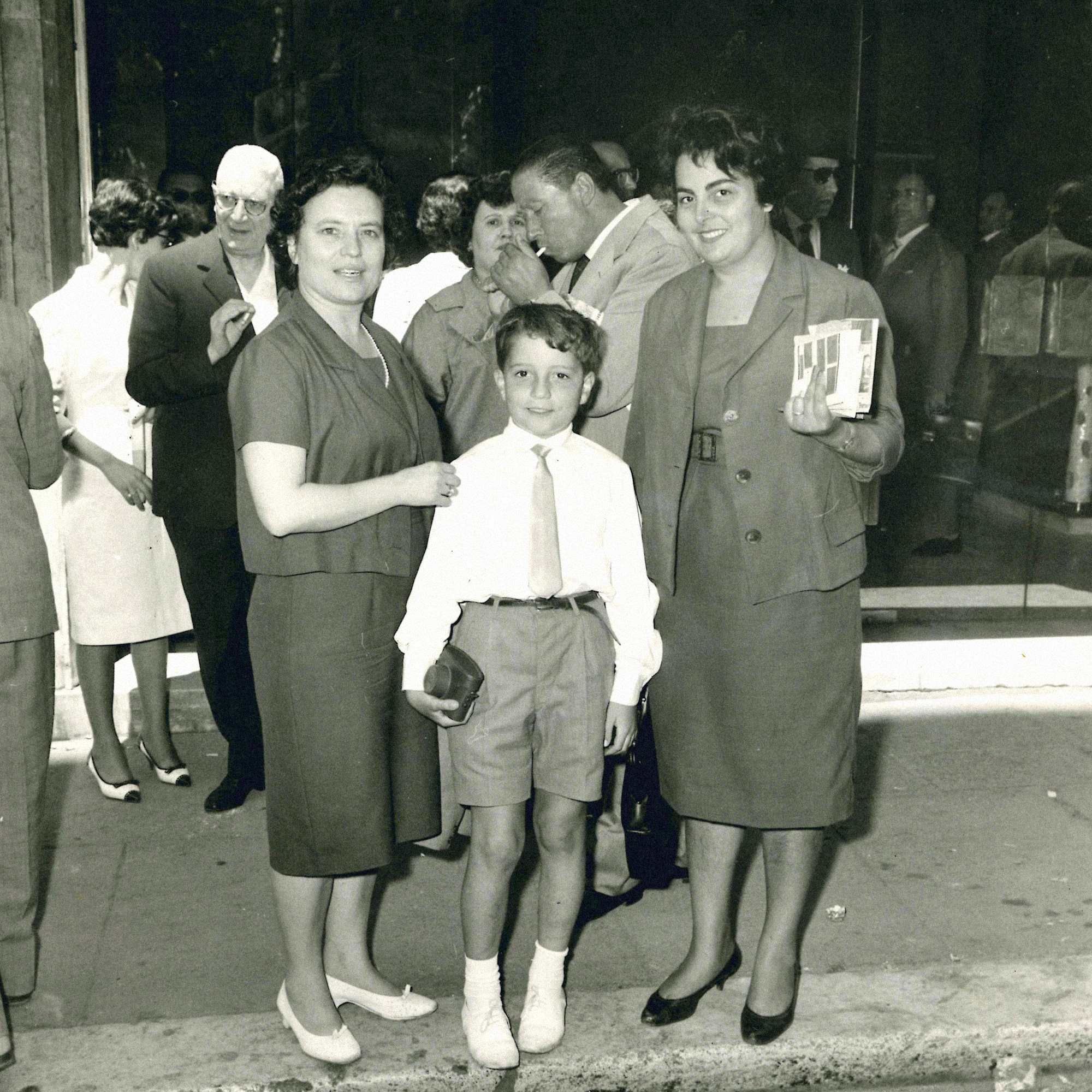 (Rome, 1961 – One of the first conferences of the ANCL- National Association of Labor Consultants. On the left, the Foundress Gualdi, in the center, a very young Renato Cicotti)

The beginning of the firm’s activity dates back to 08/01/1955, when the Head of the Bologna Regional Labor Inspectorate granted Mrs. Elena Gualdi, married Cicotti, the authorization n.1 for the “keeping and regularization of company documents concerning labor, social security and social assistance“ according to the provisions of law 1815/1939; later in 1965, Mrs. Gualdi was also registered in the established Provincial Register of Labor Consultants of Bologna at no.22.

From the very outset, the firm’s work has been focused on working in the field along side small entrepreneurs as well as more structured companies in managing relationships with employees, both in terms of establishing relationships and defining costs, and in terms of managing those relations with their inherent problems concerning trade unions and social security; we handle any necessary direct intervention and assistance in the event of disputes, inspection or verification phases with the designated agencies.

Currently at the firm are employed:

One staff of six associates.